When we hear Gensan, we think of TUNA!. Gensan is known to be the Tuna Capital of the Philippines, they even have a festival for it.

At 7am, our guide took us to General Santos Fish Port Complex. Not anyone can just walk-in and visit the place. You have to inform them in advance & register. Good thing our guide did just that. 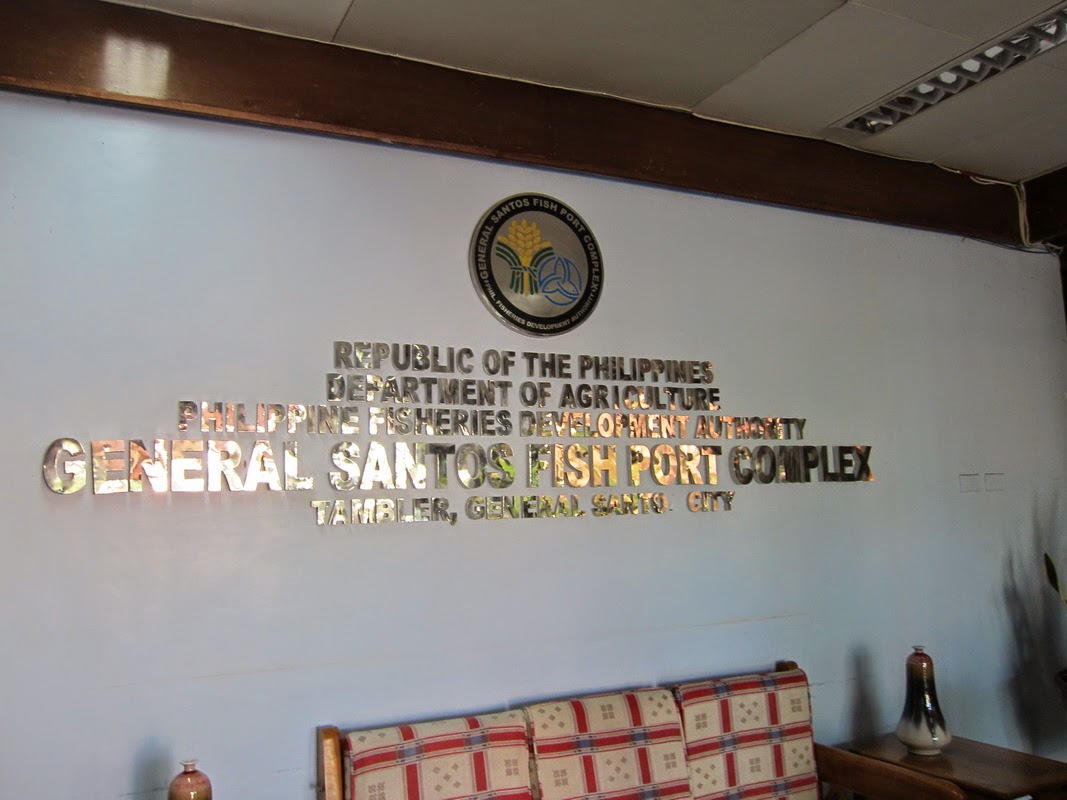 When visiting the fish port, there's a dress code, sleeveless shirts & shorts are not allowed. We were led into a room where we have to wear white rubber boots. After which we walked through chemically treated water to avoid any contamination. 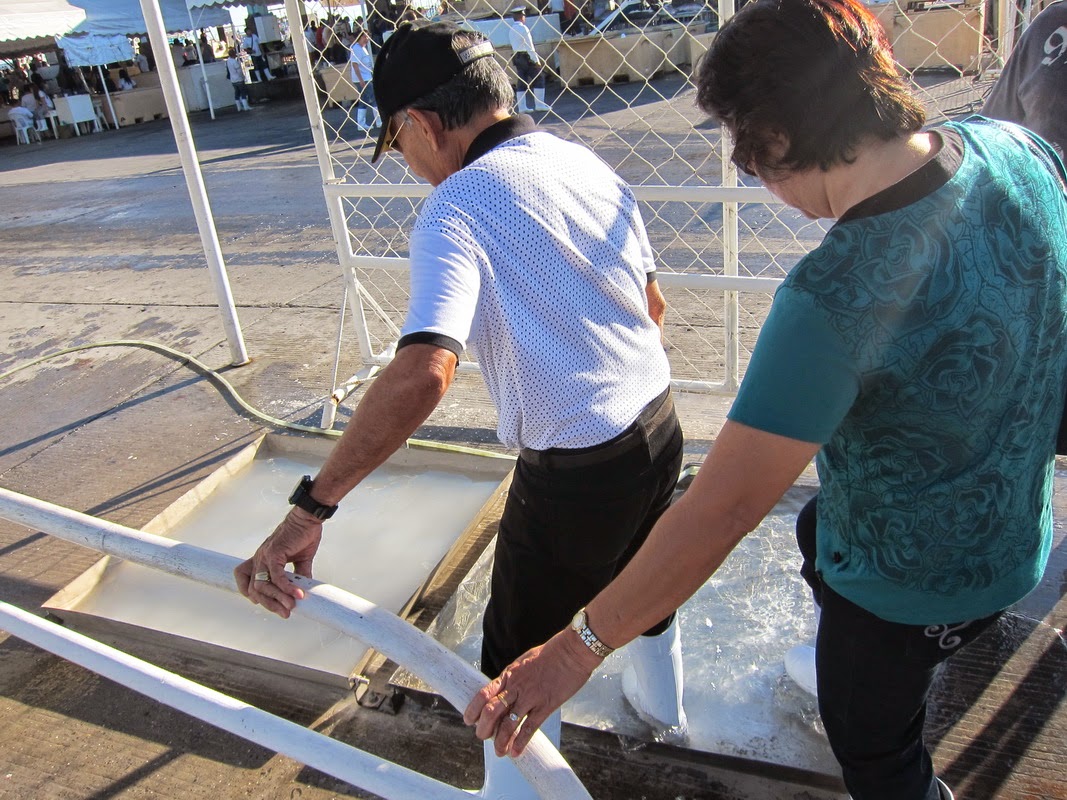 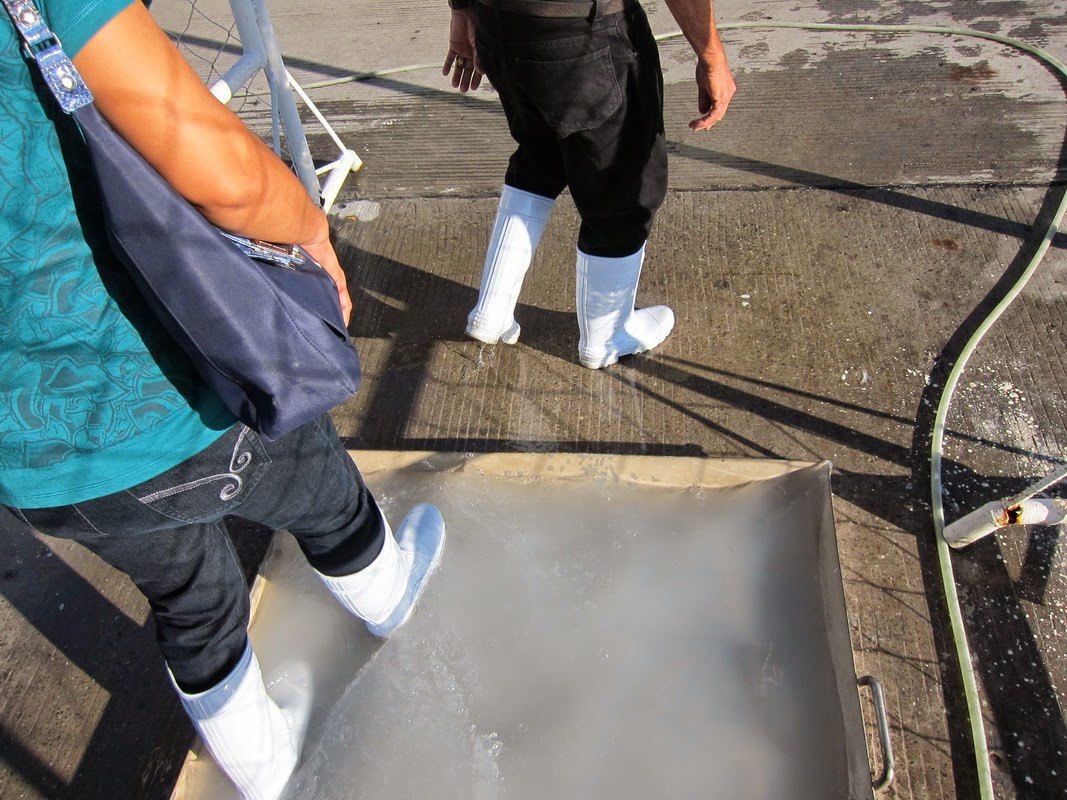 When we were in the port itself, there were rows & rows of big Yellow Fin Tuna handled by several companies who are into Tuna Trading/Business. They are weighed and lined up. There were hundreds of Tuna, and to think the delivery is daily. 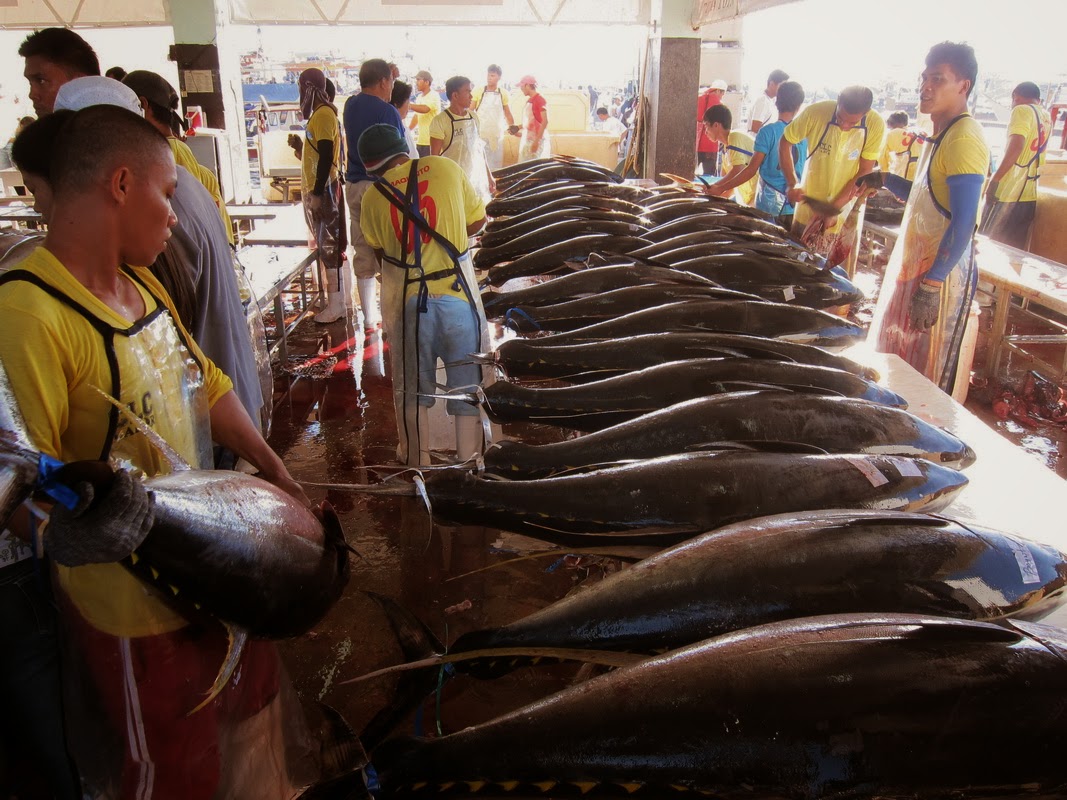 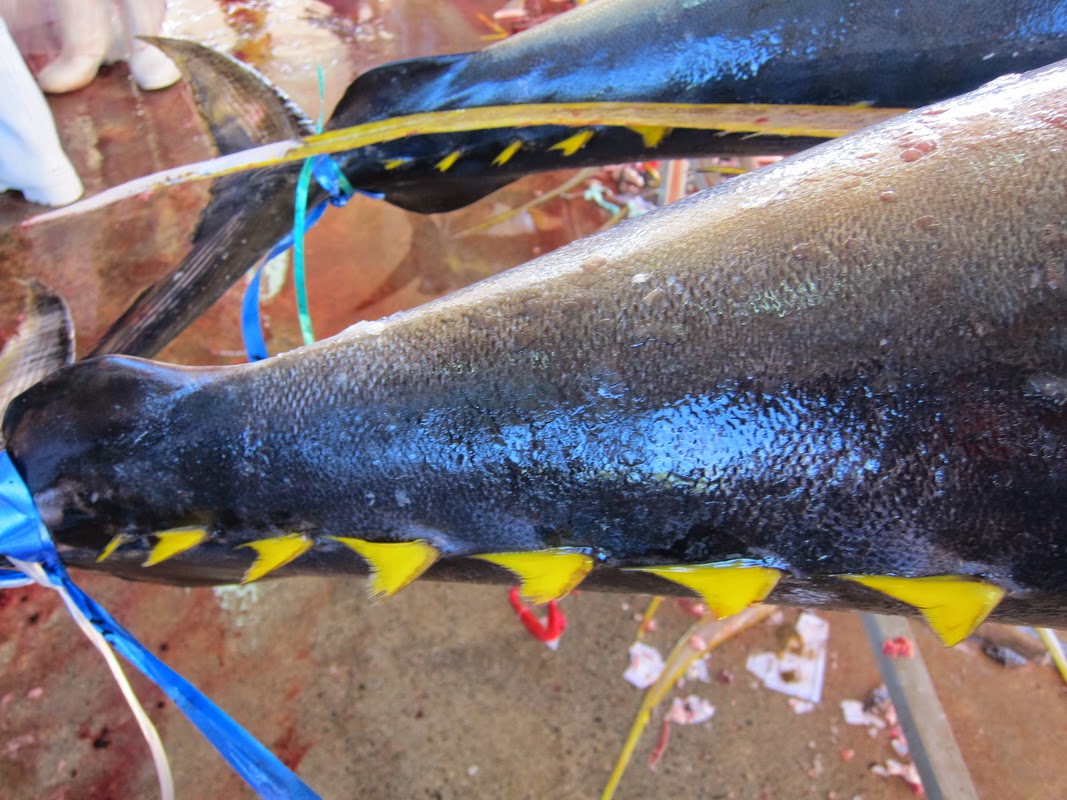 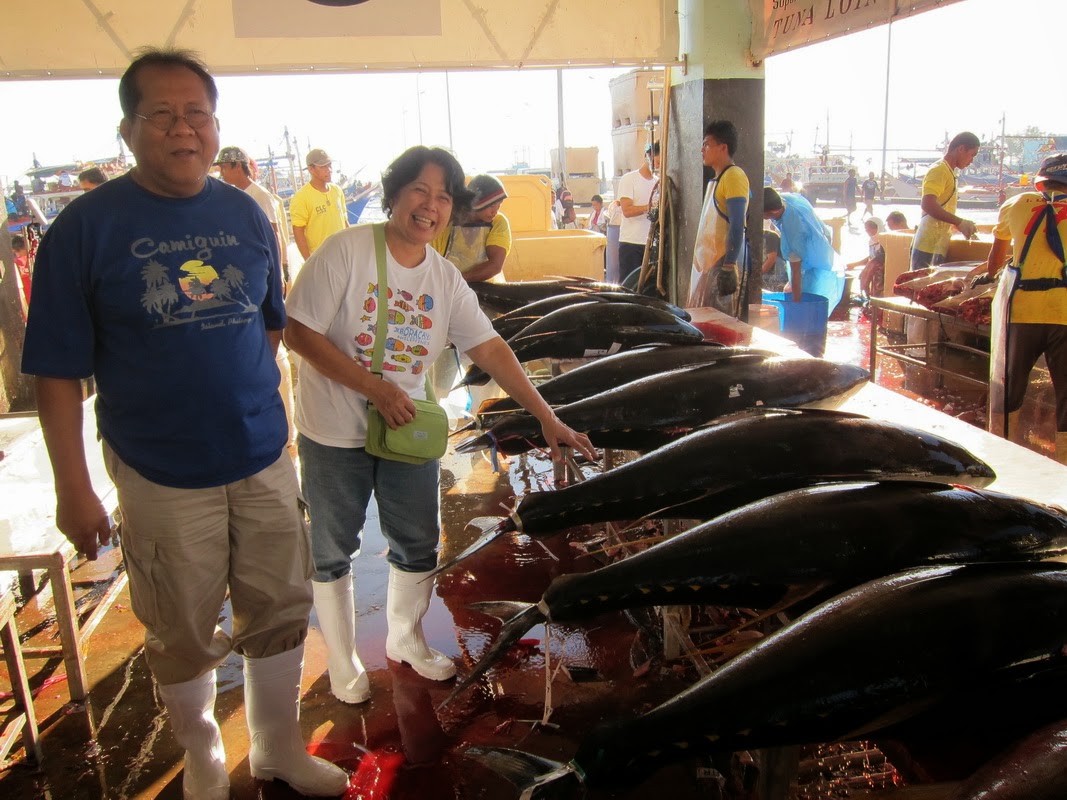 The Tuna is almost as big as people & even weighed more. The meat is checked and graded. Ribbons were tied up to indicate the grade. A narrow stainless tube is inserted and portion of a piece of the Tuna will show its color & grain. 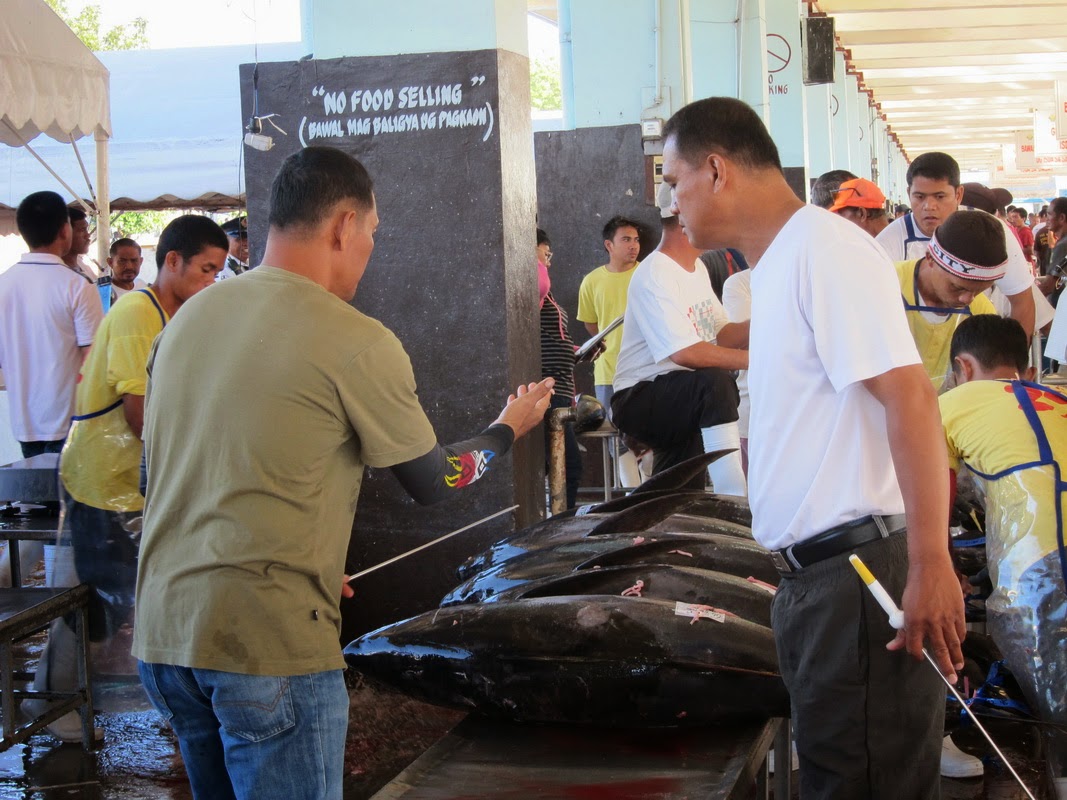 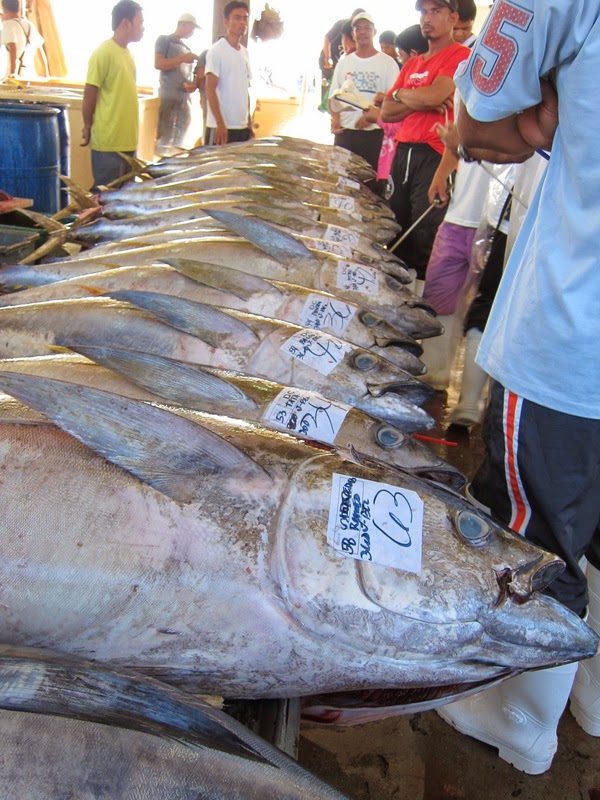 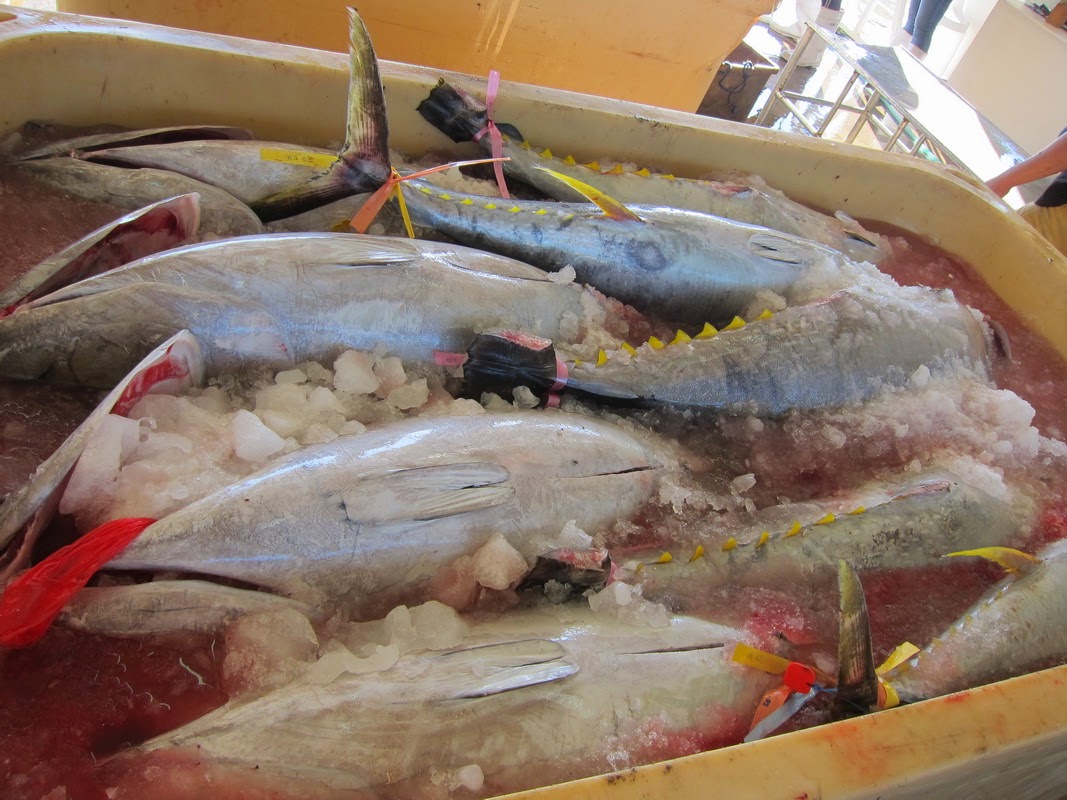 Some Tuna were preserved in ice & will be delivered to key cities in the country and some were covered with insulation & will be shipped to Japan. 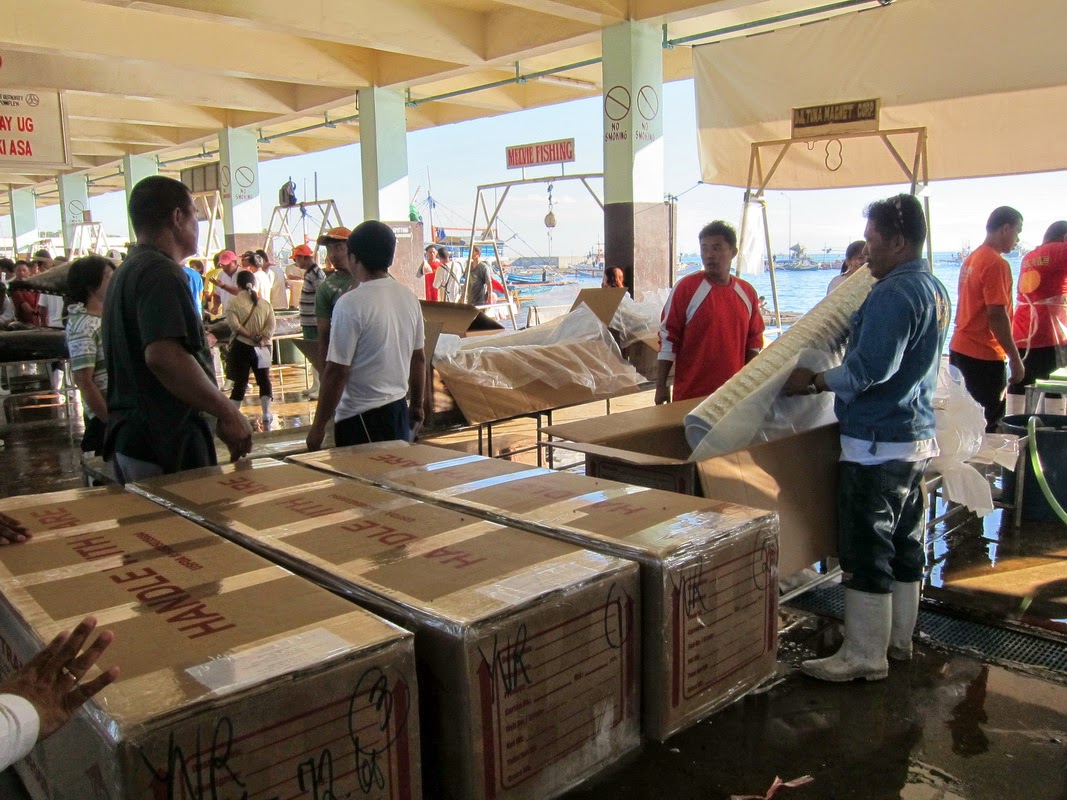 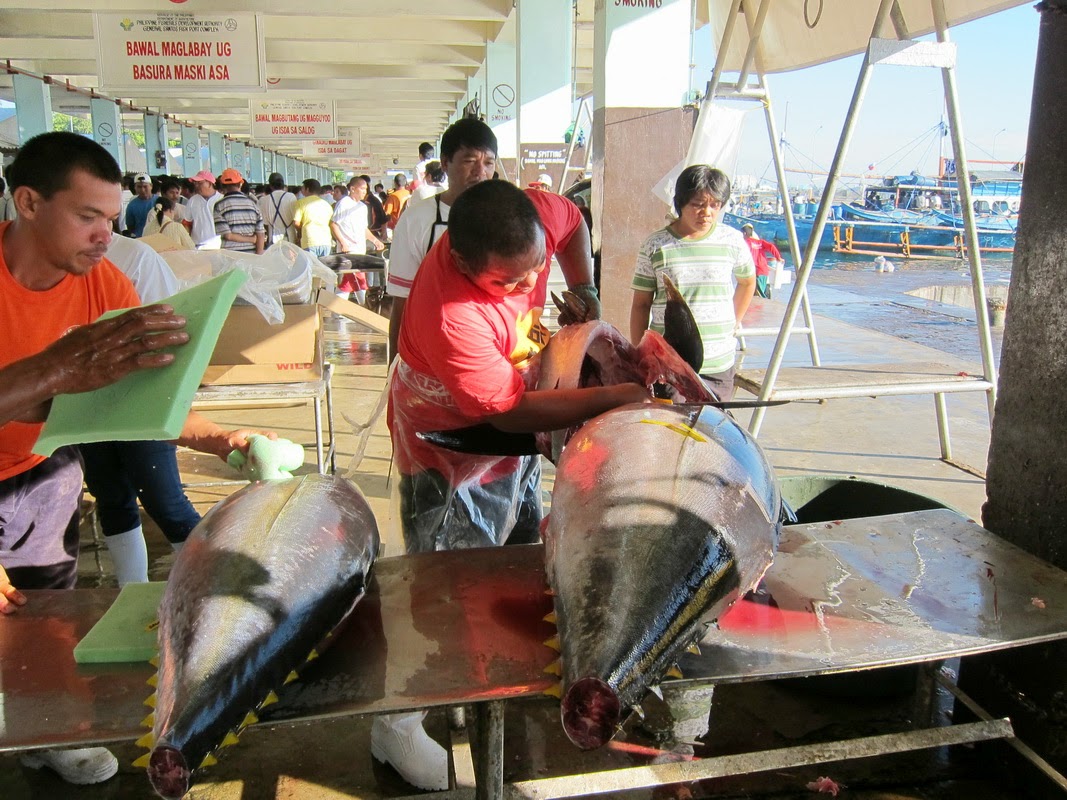 Some even have to be sponge bathe before packaging. 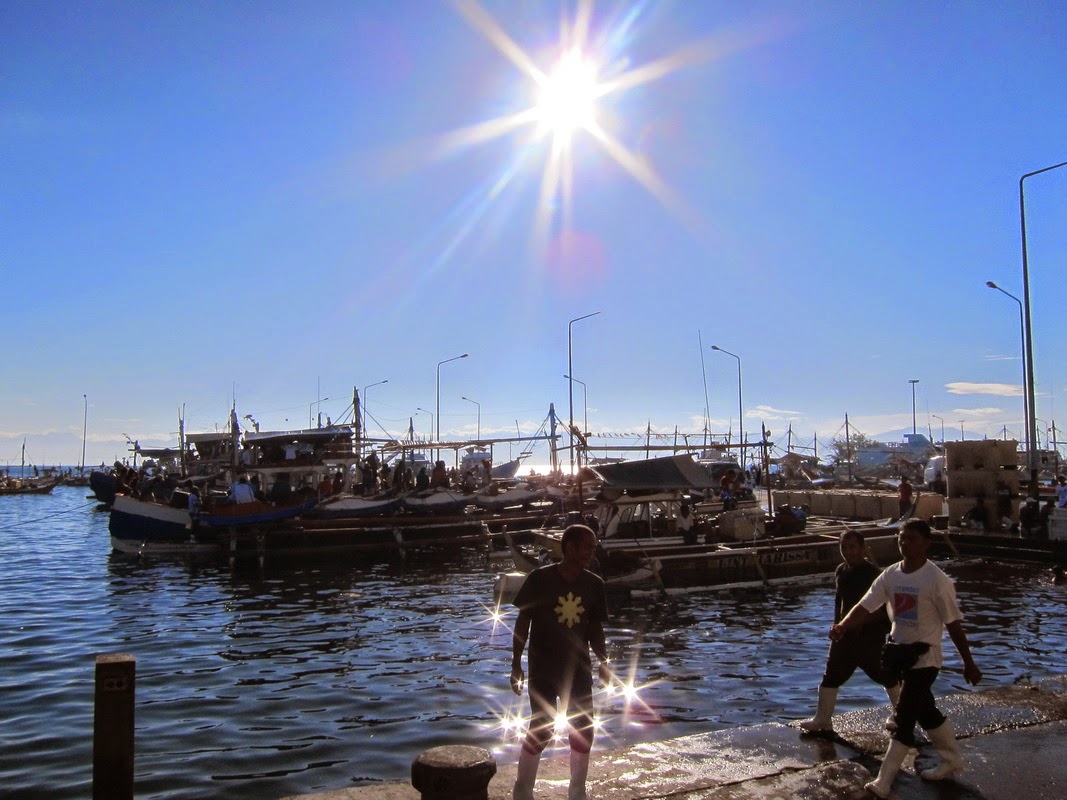 The view of the boats who caried all those Tuna. They would set sea for several days to catch & run after the Tuna. They even mentioned that because of the rise of ocean water temperature, they had to go deeper into the south of the country to find Tuna. 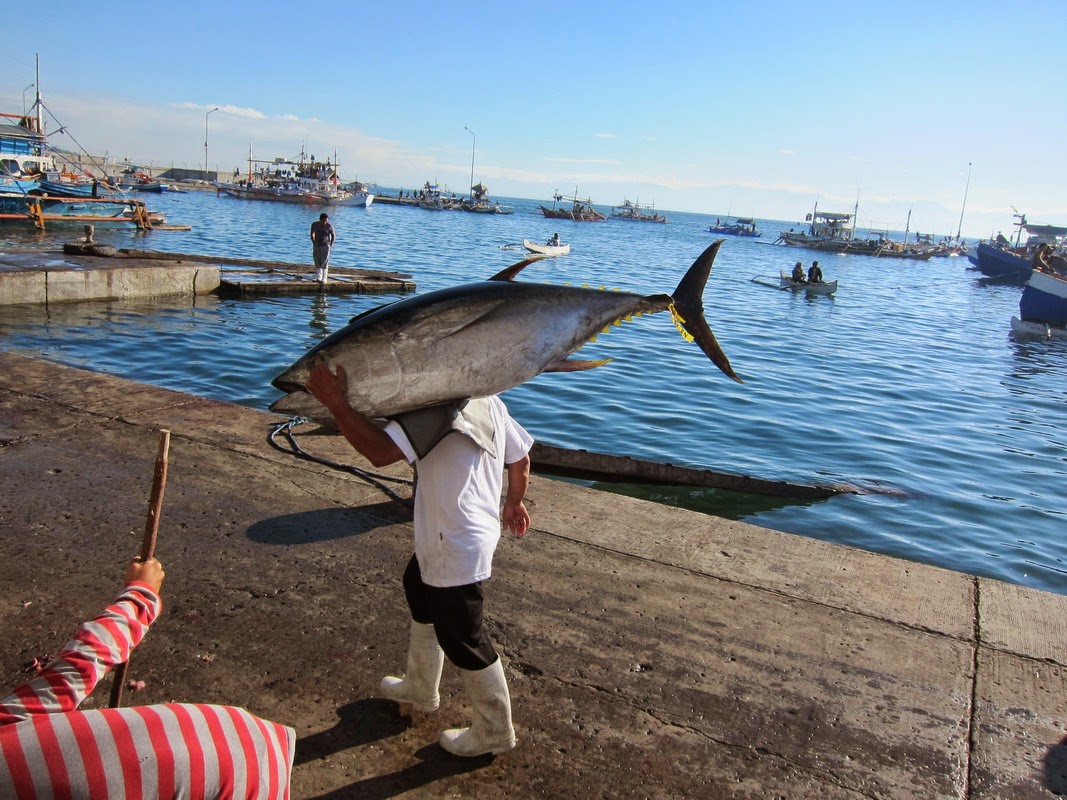 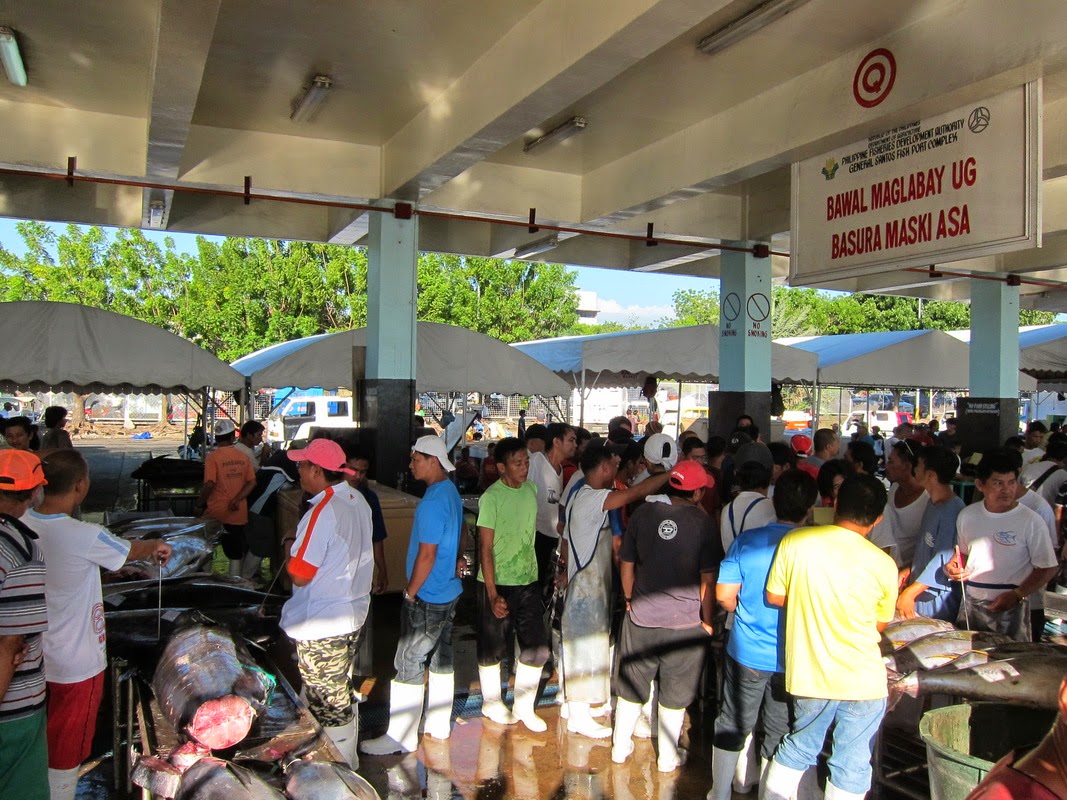 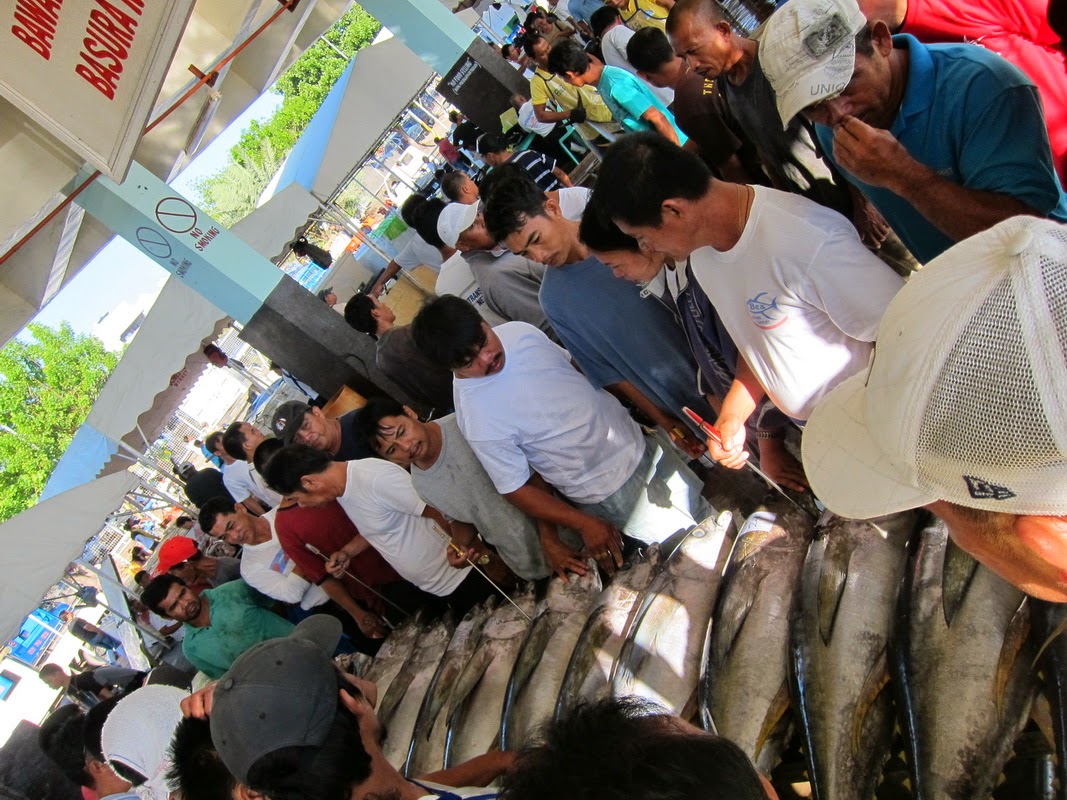 Buyers, haggling and checking out Tuna. 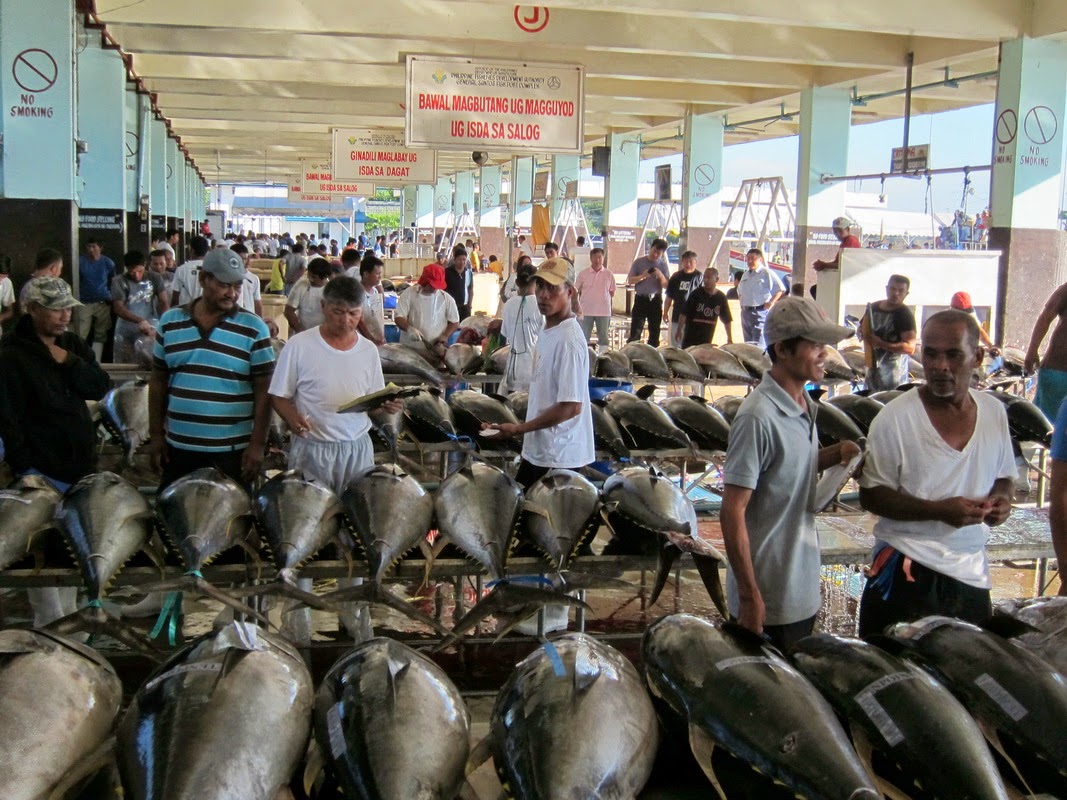 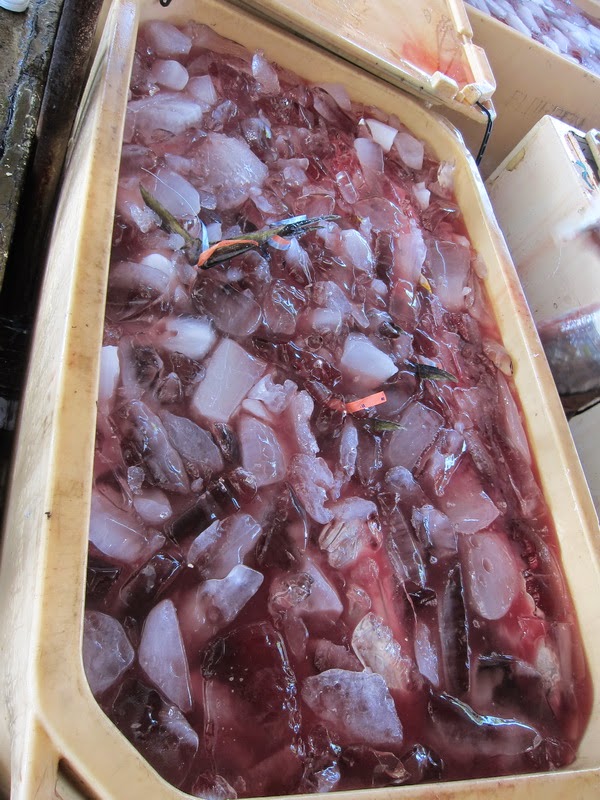 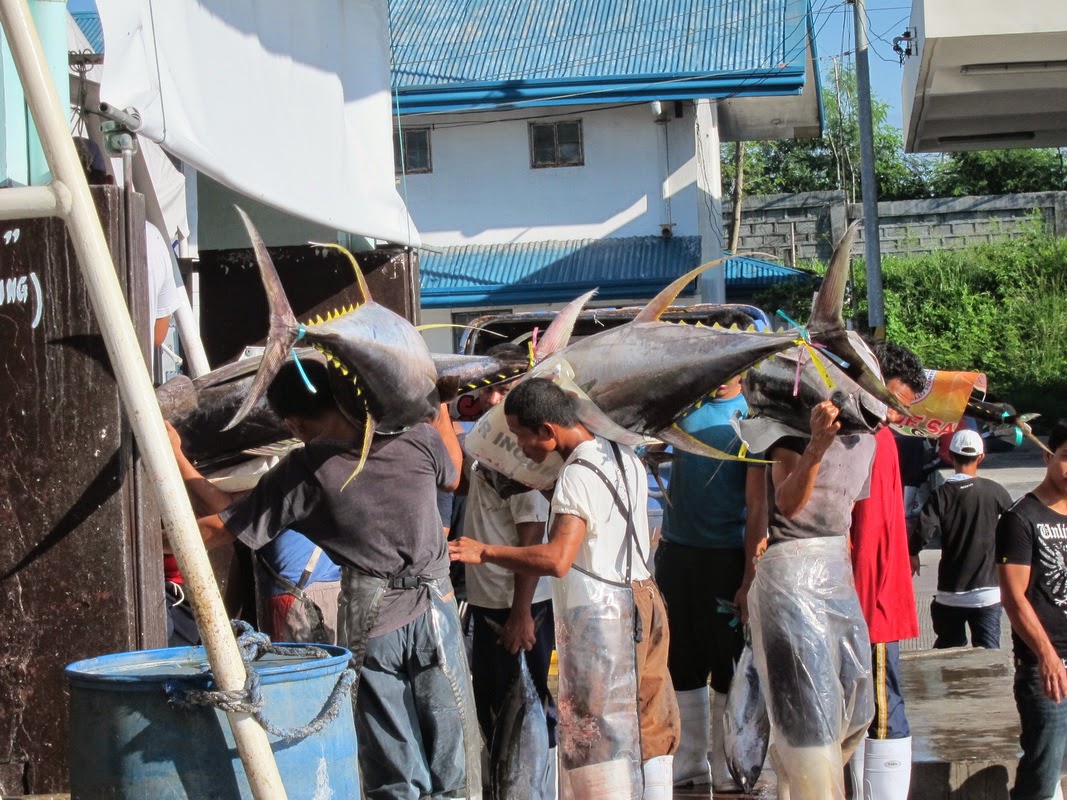 Men carrying Tuna heavier than them. Talk about hard work. From the boat they cross a flat narrow platform to reach the port. 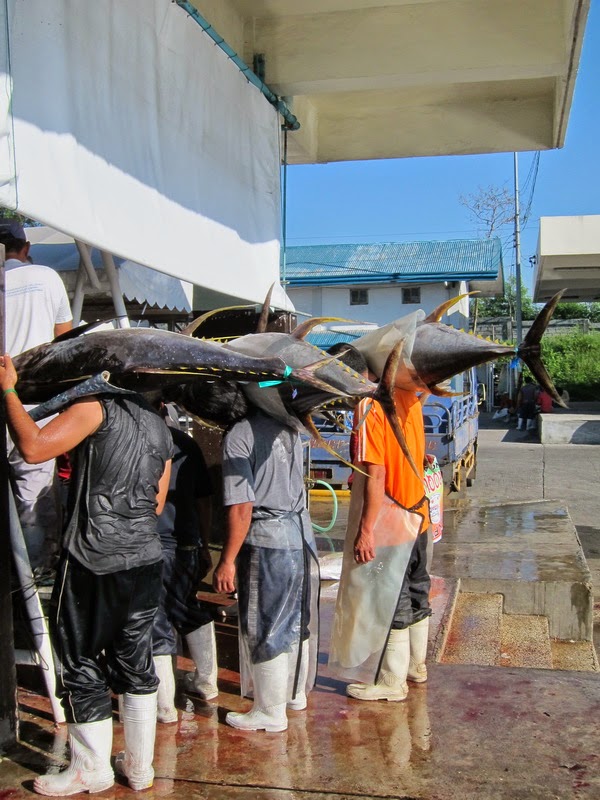