From Cebu City, we took a fast ferry to Bohol. When we reached Tagbilaran we rented a van to take us to Danao Adventure Park which  is more than 2 hours away. With the boom of tourism in the Philippines, zip lines were built at most travel destinations.

It was good for me, I love heights & speed & also good for my friends who are open to trying some adventure. I will always love it for it gives out such sense of freedom & the view will always take your breathe away.

It was a pleasant drive. We passed by the other side of the Chocolate Hills and lush green rice paddies. 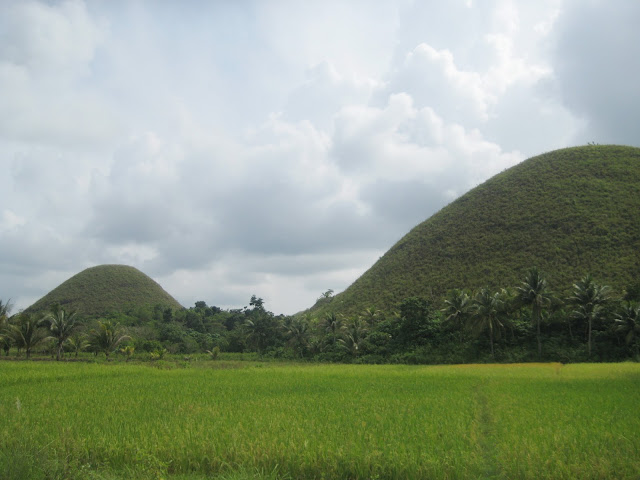 When we reached the park, we had to pay for our rides and too bad there was a long line so we weren't able to try the other types of adventures. We tried the Suislide, the name really didn't help the first timers. While waiting for our turn we watched a girl who tried "The Plunge". It's a mix of Bungee & swing in one. It seems scary but also exhilarating  The ledge was bent down letting the girl fall off to the gorge leaving her swinging for some time. It was really deep and you have to have a sharp eye to see her. They say it's about 40meters drop & it swings to 100meters or so. They also have a saying " Are you woman enough to do it?" because it's mostly the girls who try it. 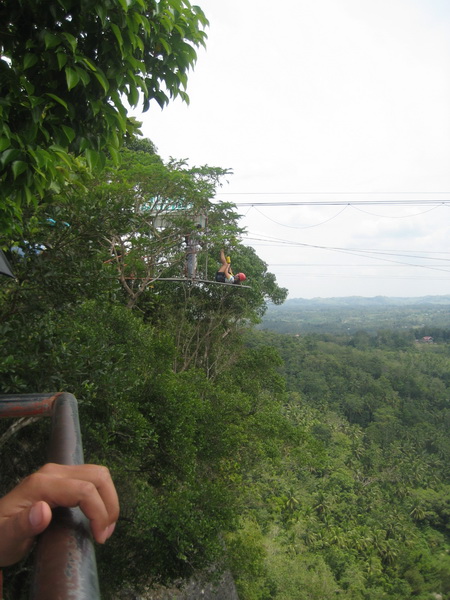 We were waiting at the cottage for our turn. Though it was far from the Tagbilaran, Danao Adventure Park was packed that time. 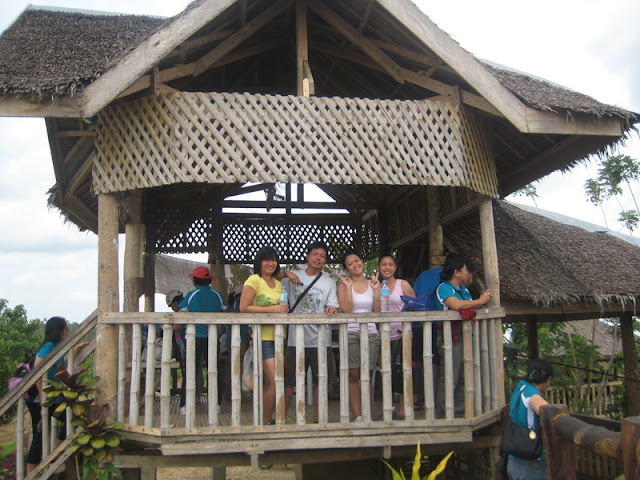 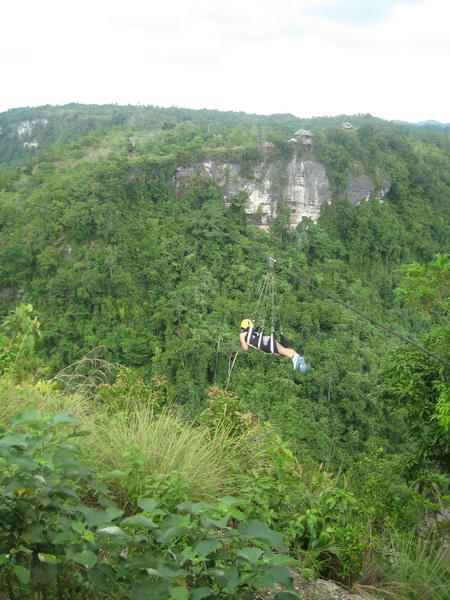 It was my friend's first time. I told her "It will be scary for the first few seconds but when you are in the middle of the ride you will appreciate the view and the awesome feeling of flying." To cross the gorge it takes about a minute ride in more or less 500 meters. 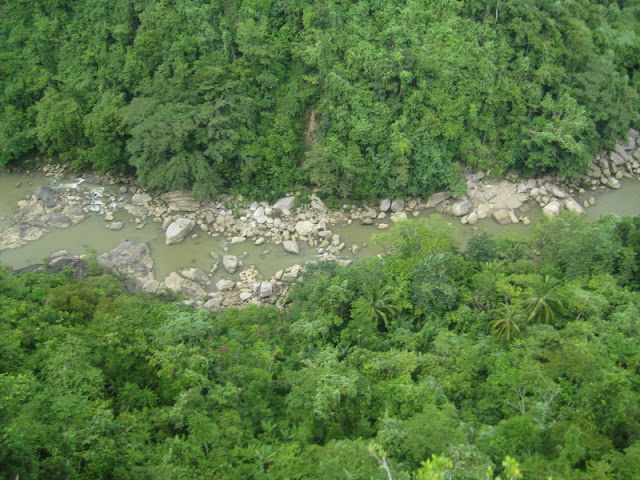 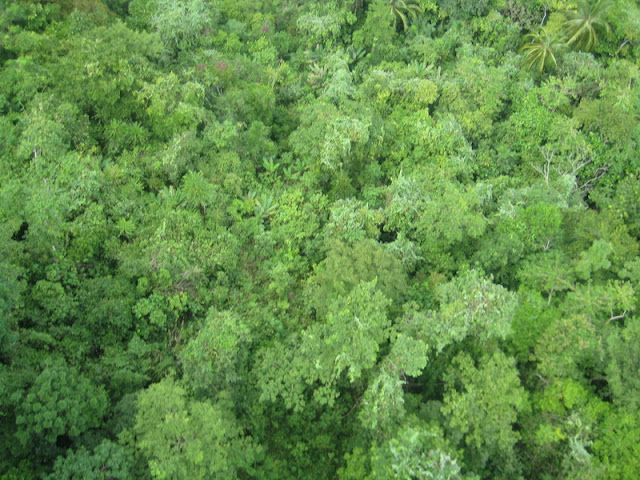 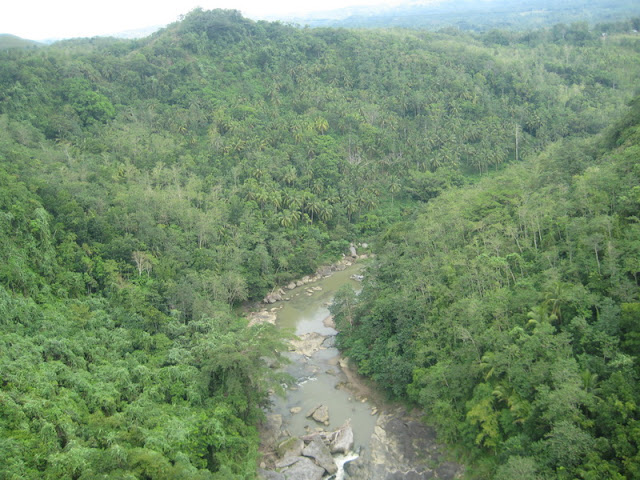 It was a fret that we weren't able to try the spelunking & the root climbing for we are running short of time. After the zip line  we visited the Organic Farm which is a project of the Mayor's mother. She showed us around & said they were just starting to propagate vegetables. 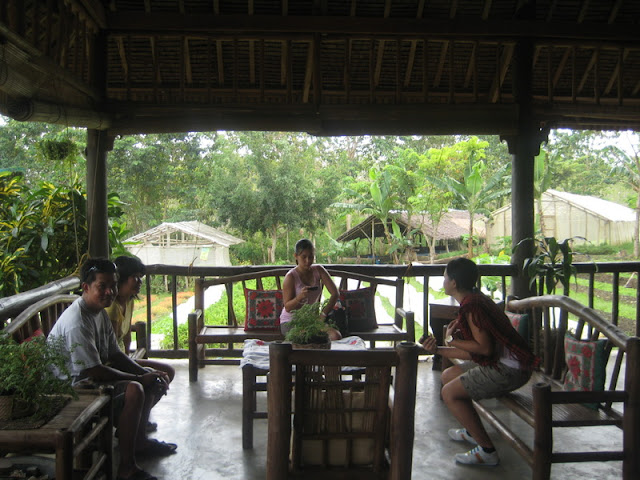 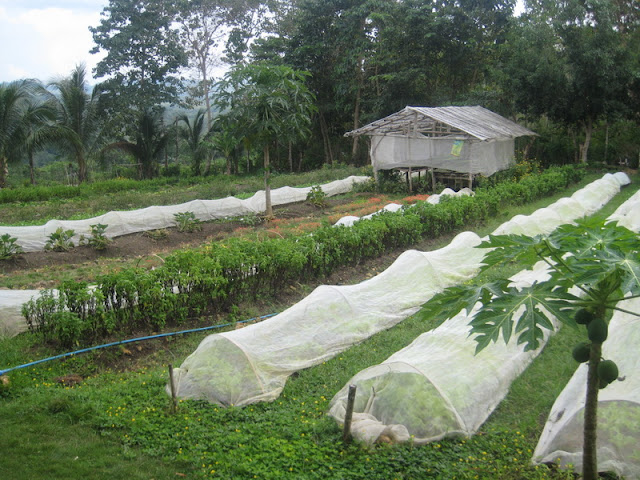 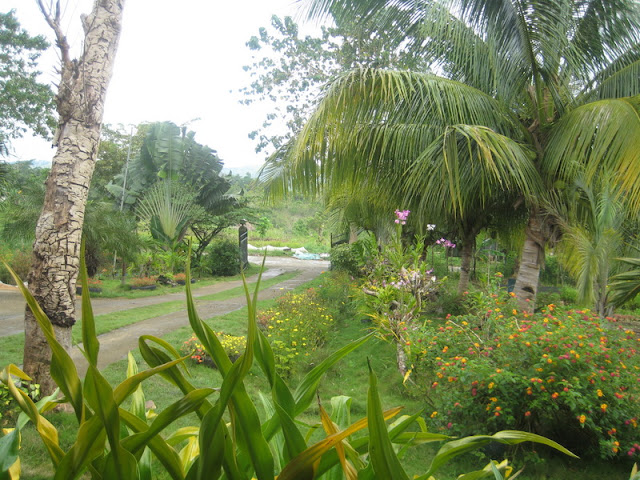 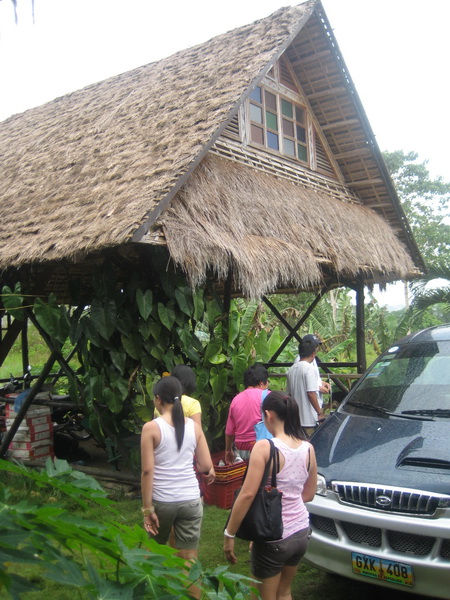 On our way back to the port, we visited Sagbayan Peak. The usual viewing deck is the one in Carmen. This view deck shows the other part of the large expanse of Chocolate Hills which consists of more than 1,700 mounds. At the base of the park, we visited a Tarsier home. 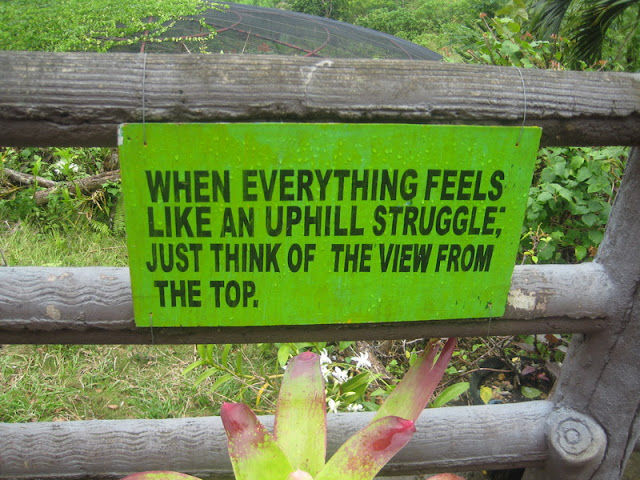 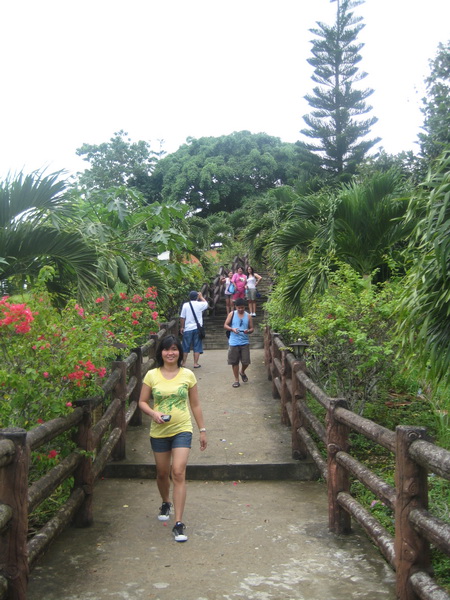 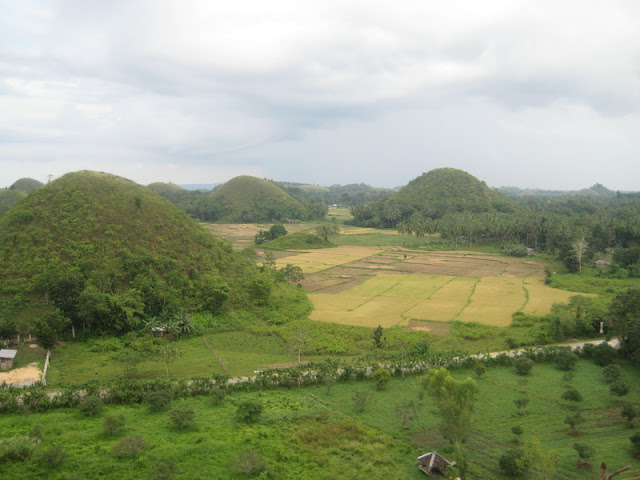 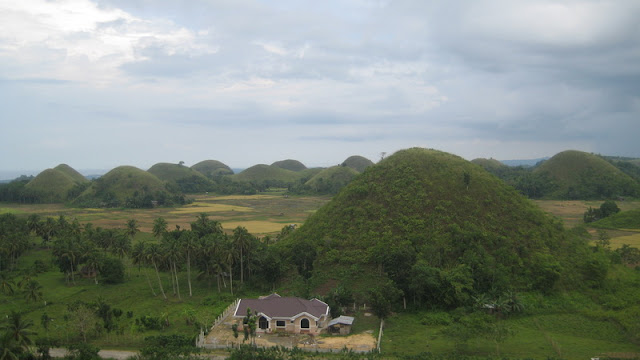 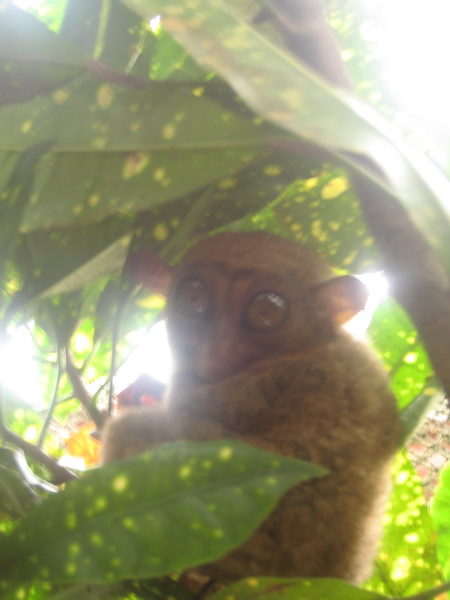