It's a beautiful rainy Saturday when we headed to Cayucyucan in  Basud. The pick-up truck was fully loaded. We ventured on with two of Melvic's pals (the chef and the lifeguard). The place is in a cove where the Seven Islands they call Siete Picados. (Don't let me name them all.) We stayed at a native cozy resort named Cayucyucan Palms & Farm Resort. 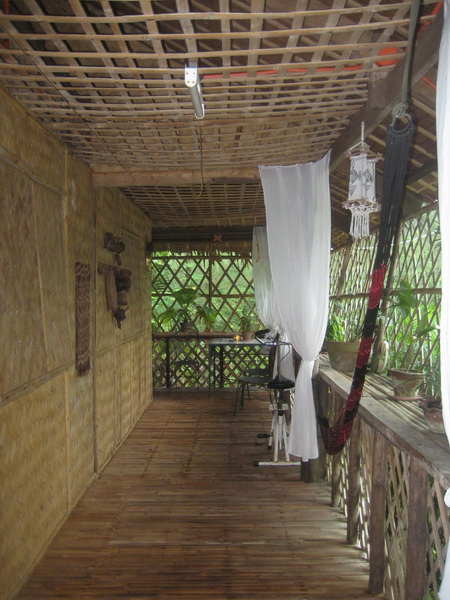 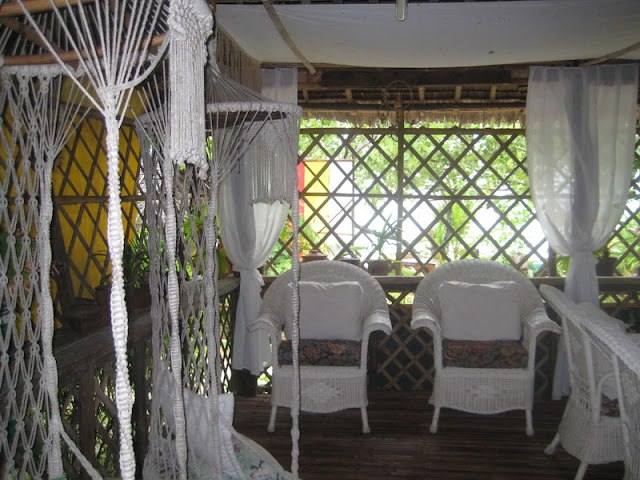 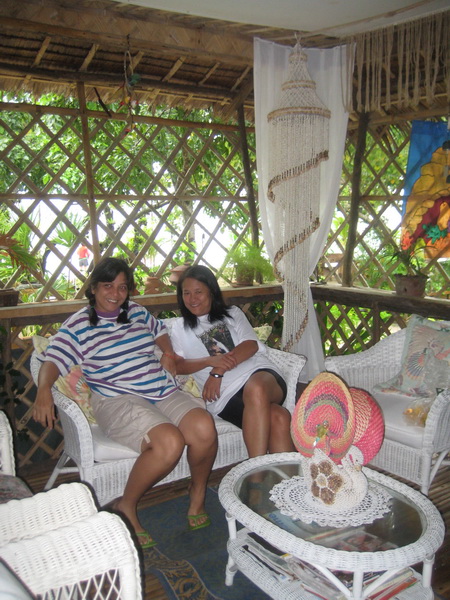 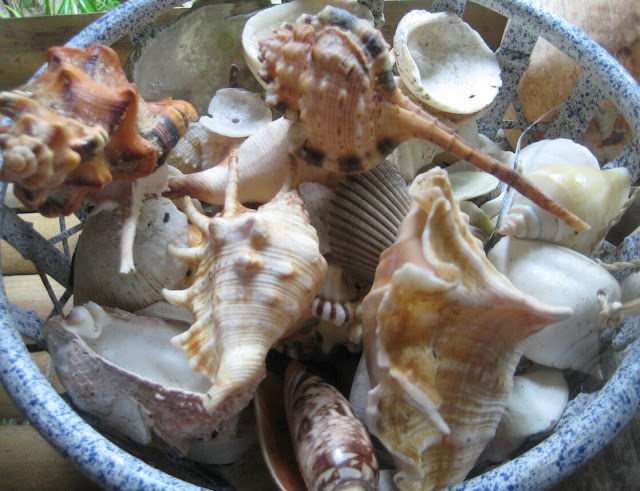 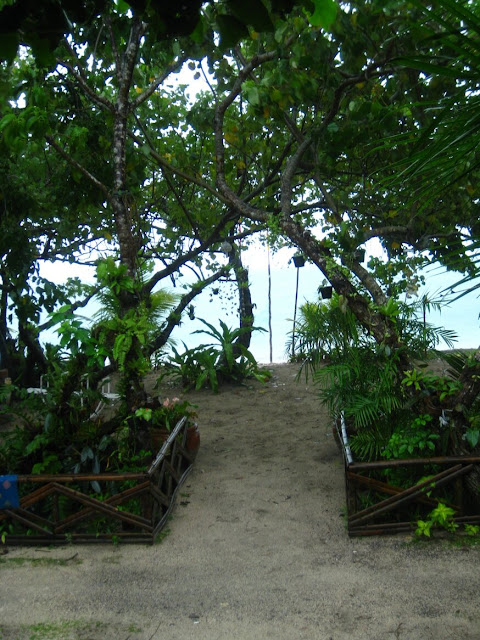 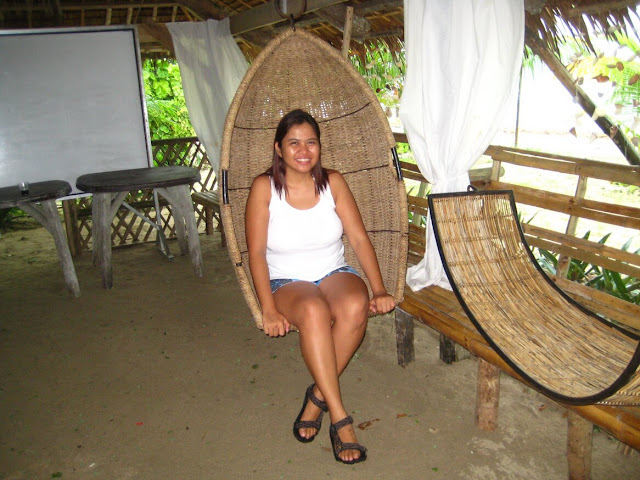 When we reached the beach, we strolled and picked up shells. After a fabulous lunch of Liempo and Tilapia, we went with our island hopping. It was like island hopping and white water rafting in one. The waves were crashing, and it was totally exciting. We first visited the Cajibe Island. There is a small fishing village. There are several interesting sea grass and not your usual type of sea shells on shore. One of which is the Saang, a shellfish we ate when we were in Surigao. The beige sand is fine. 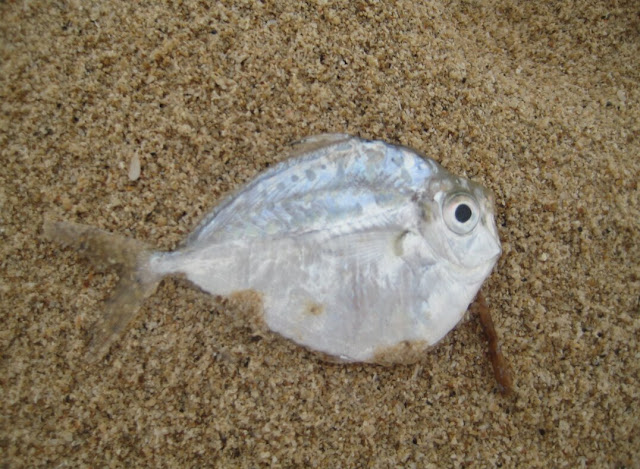 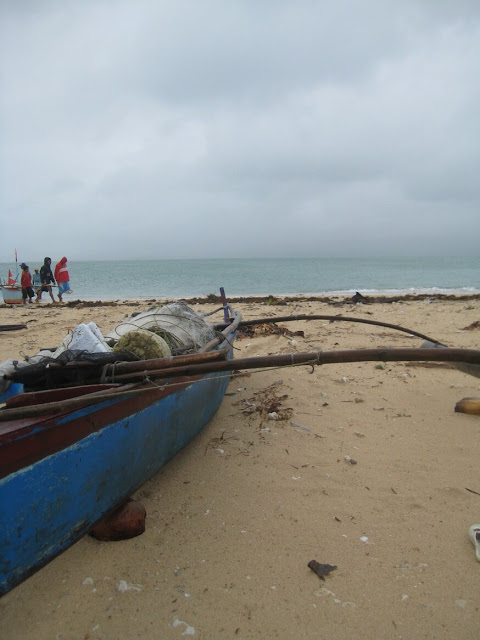 The next island is Malasugui Island, named after a fish. It is a private island. On the other part of the shore, there are black round rocks which seemed like ripraps from afar. The sand is coarse, still beige. I love the sand bar, at the end of the beach. We even saw a group of small live shellfish, the story has something to do with dog poop, I'll spare you the details. 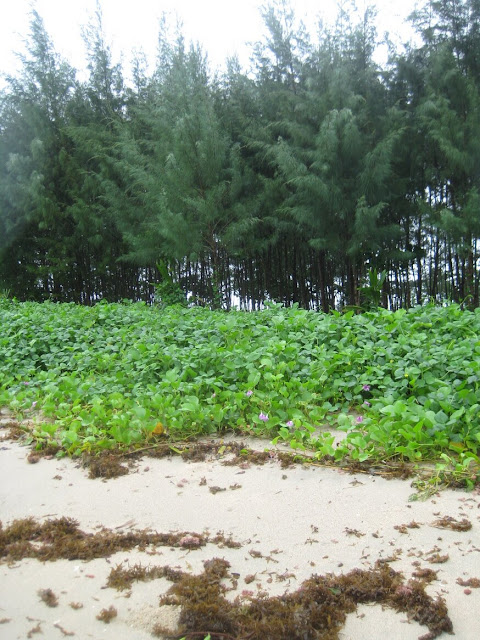 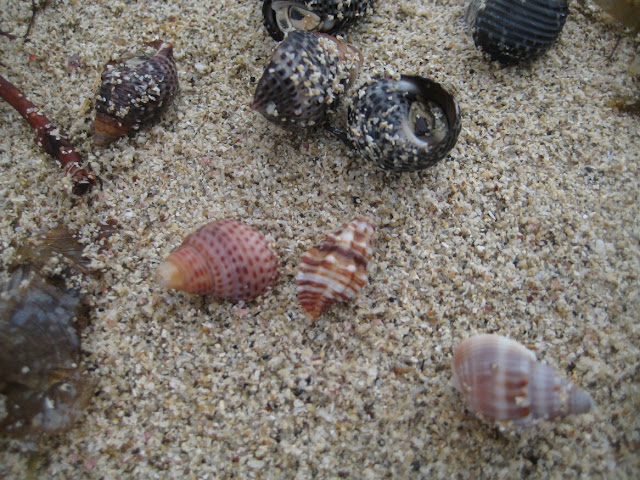 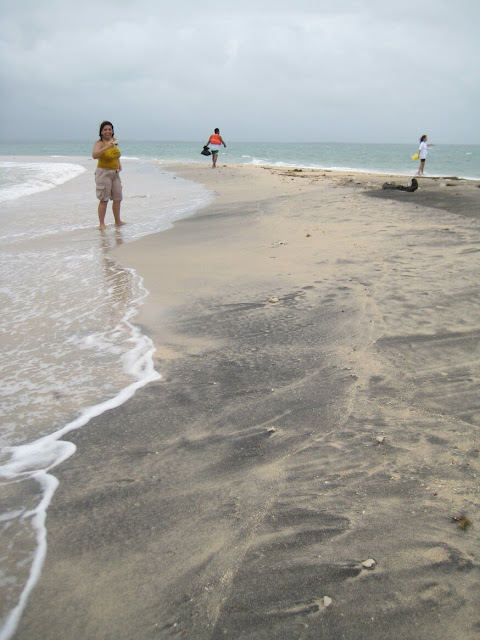 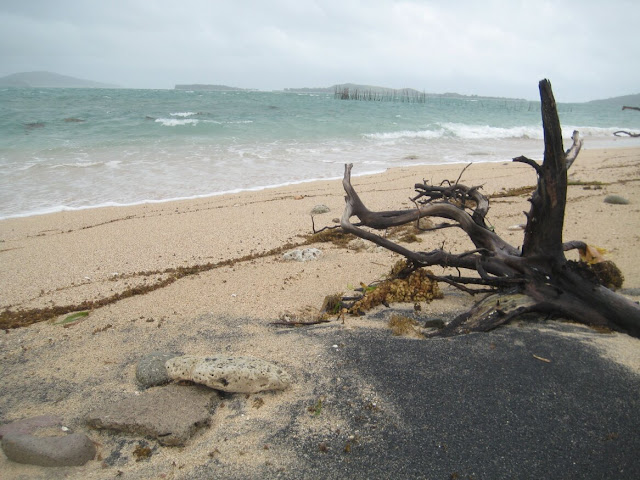 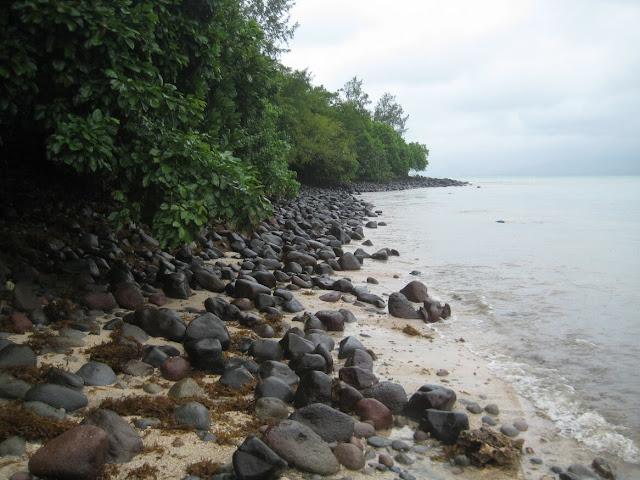 The next hop was at the Apuao Grande. We were greeted by their guard dog which really seemed small from afar, and is big when its barking right beside you. It was a known resort back then but because of the NPAs, they had to close. Too bad... The place is really nice, if i had 50M, I'd buy it. hehe. The caretaker sold us some shells. I bought 2 bigs ones. They say you can hear the sound of the sea with it.( I've heard toilet flushing.) In the absence of a typhoon one can literally walk across to the Apuao Pequena. When we were walking towards it; Ma'am Cinch told me it was too pristine that she doesn't want to walk over it. One thing I noticed at the beaches of Camarines Norte, instead of Coconut trees, pine trees flourish. I was imagining the beach; it would be really beautiful, golden sand glistening over emerald waters. One sunny day, I'd see it. 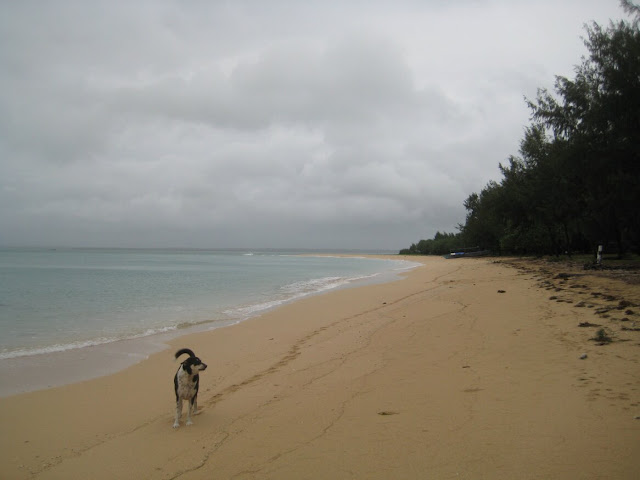 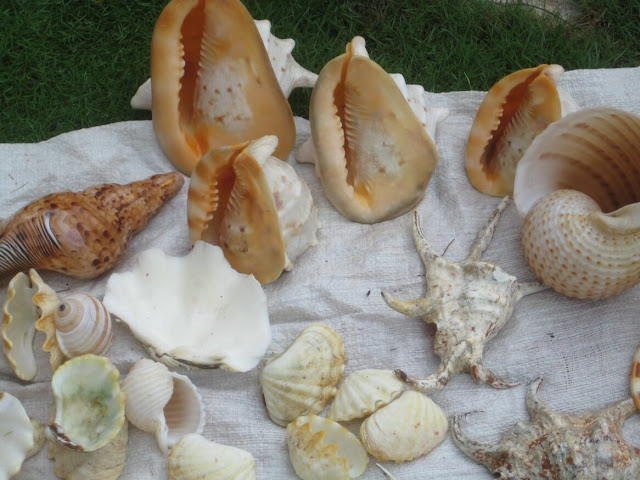 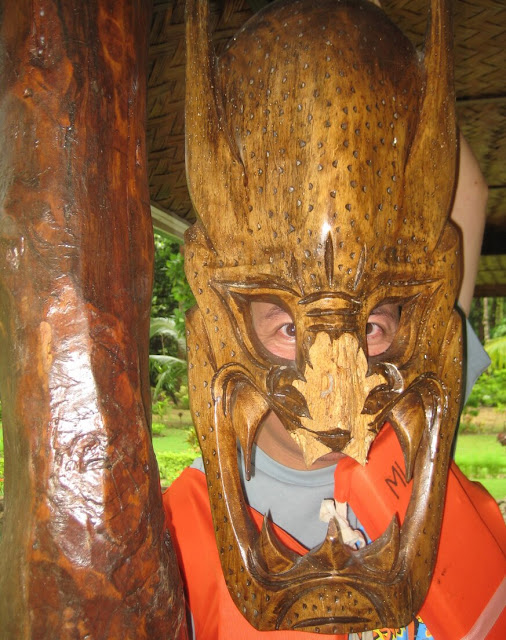 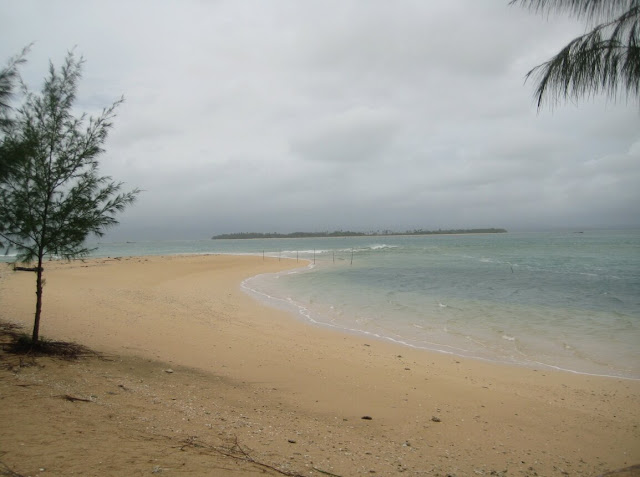 On our way back to the resort, the waves got bigger, and from afar at the back of the islands, there are really massive, white fluffy waves. I was seating infront of the boat, and one of the boatmen was at the tip of the boat, there was a big freak wave, I instinctively stood up because I didn't want my camera to get wet & I forgot to hold on, good thing both of us didn't go overboard. There were flying fish jumping along with us. 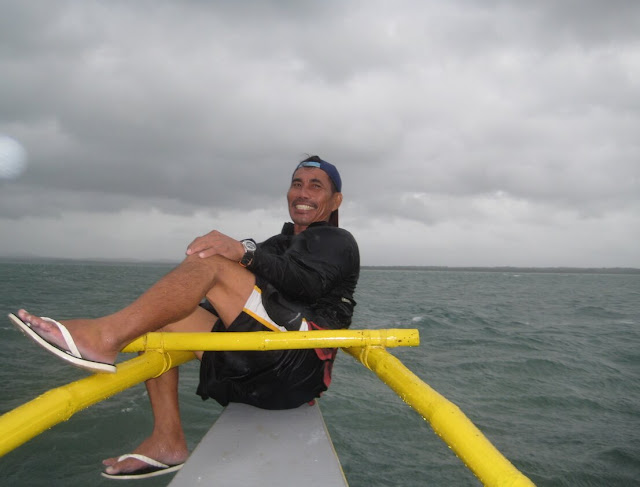 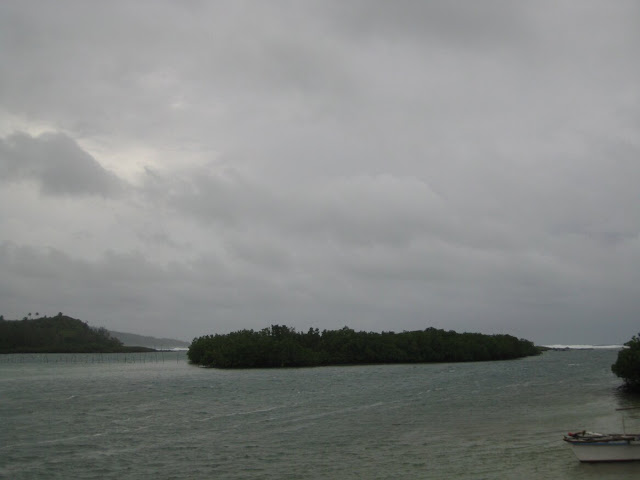 When we reached the resort, we had a “swim”, but it was low tide so Ma'am Cinch just sat while I lie on my stomach on that very shallow waters. Kuya Peter & Ate Avic drank coffee with rain water while picking up starfishes. That night our chef prepared another yummy dinner of Fried Chicken, and this time we got to taste the famous pineapple. It's bliss, it's sweet and crunchy. After dinner, while the angry typhoon brought us more rain and wind, we had some drink while the guys tell their stories. The leech stories are the best. I am already thinking twice of hiking rain forests. Imagine a leech stuck up in your eye lids. Yikes! We had a good sleep afterwards. That morning, we took photos of the place. 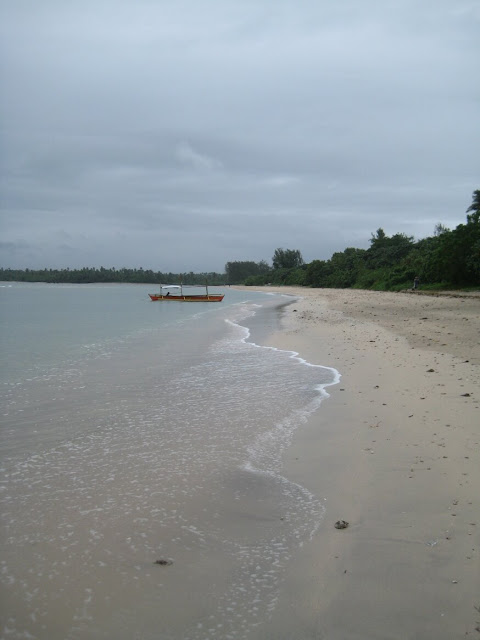 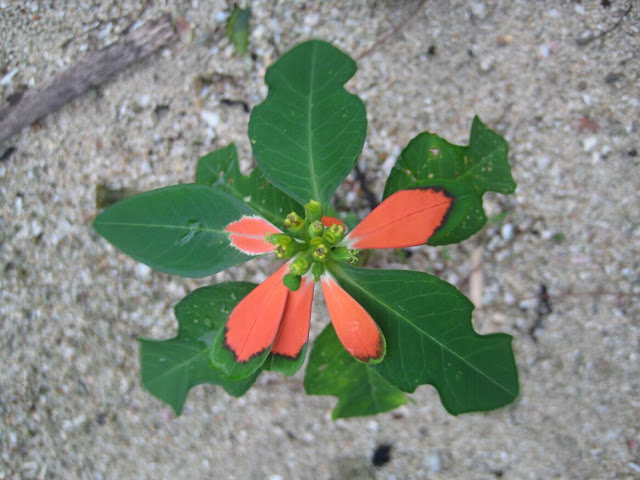 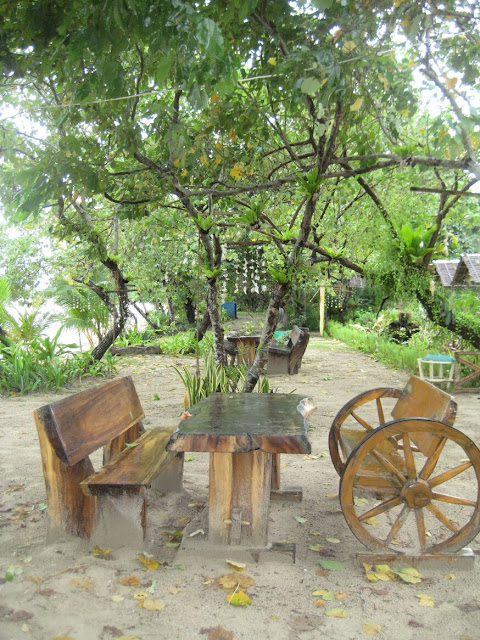 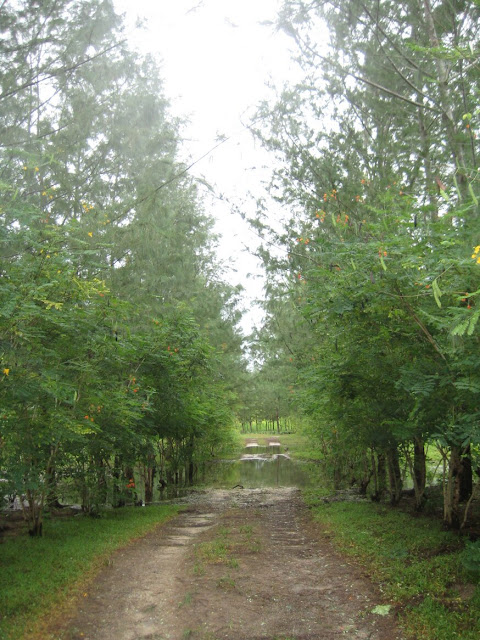 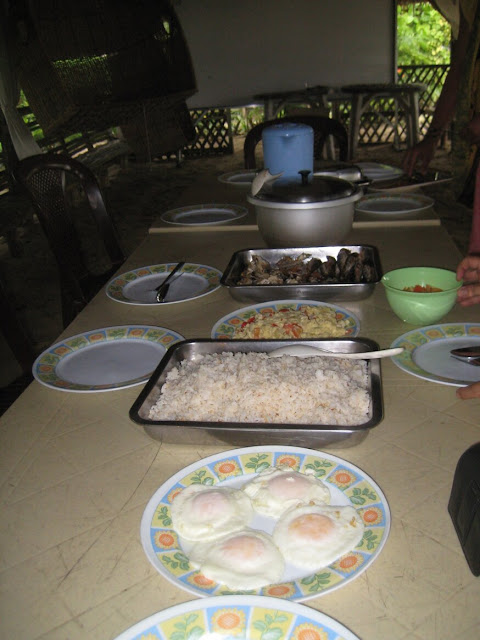 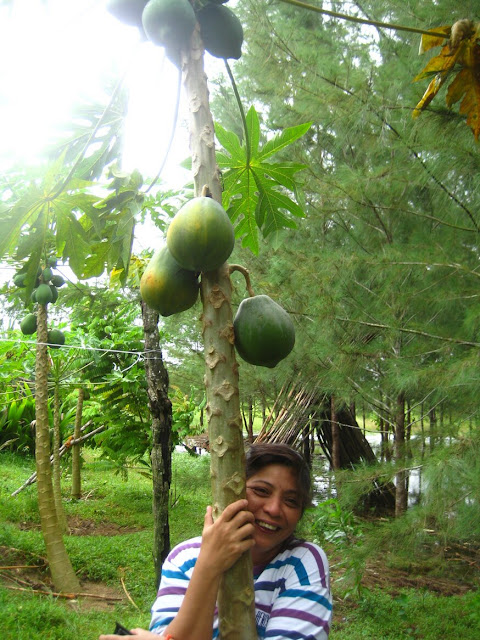 The beautiful Palm Farm is really interesting. The leaves are so shiny and looked so sturdy. We went back to Daet, passed through the never ending roads. I now know where Amorsolo got his inspiration. The usual farm scene of rice paddies with coconut trees as background is common there. Art imitates nature.  On our way back to Kuya Boboc's (Ma’am Cinch’s brother) house, we bought some pasalubong, some Pili nuts and tarts, etc. for the sweet tooth and bags made from Abaca. 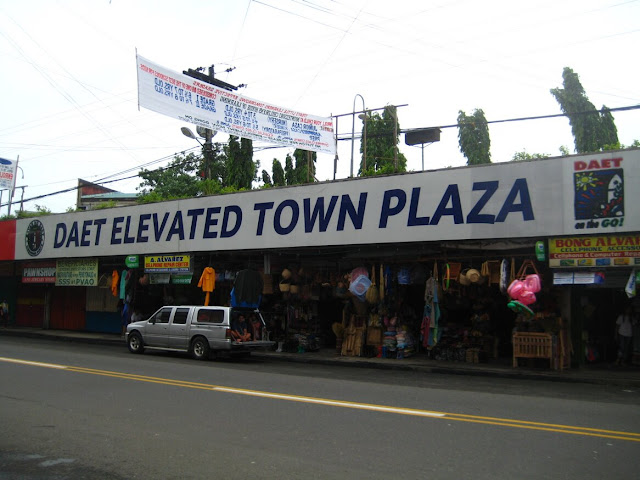 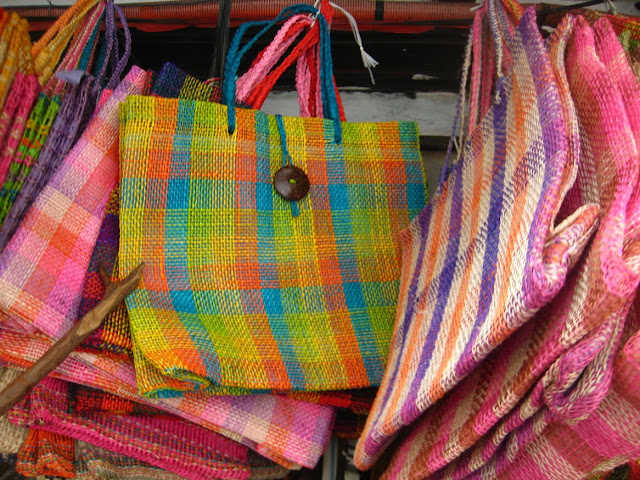